The U.S. Flag is Permanently Appropriated to the U.S. Republic In All Formats 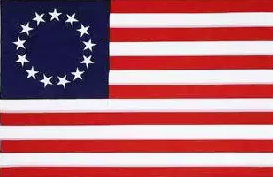 The United States Flag in any format is not open to be “appropriated” by any particular group or cause, not by management of nike or colin kapperinic or any groups who wear it or display it. It was appropriated a long time ago. It is the property of the U.S. Republic and the People for which it stands, one nation, UNDER GOD, INDIVISIBLE, with LIBERTY and JUSTICE for all. It is a symbol which stands for all men and women being created equal with rights and that was responsible for the ending of slavery. I’m sorry that nike and a failed communist athlete who hates police and is ashamed of the United States and that nike endorses is confused. To clear up any confusion let’s all proudly display U.S. Flag which is not a symbol of nazi’s or anyone or anything other than of the values embodied within the Declaration of Independence and the U.S. Constitution.

Let’s all agree to display it proudly in spite of the ignorance that seems to exist among the scared and uneducated people living in the United States.